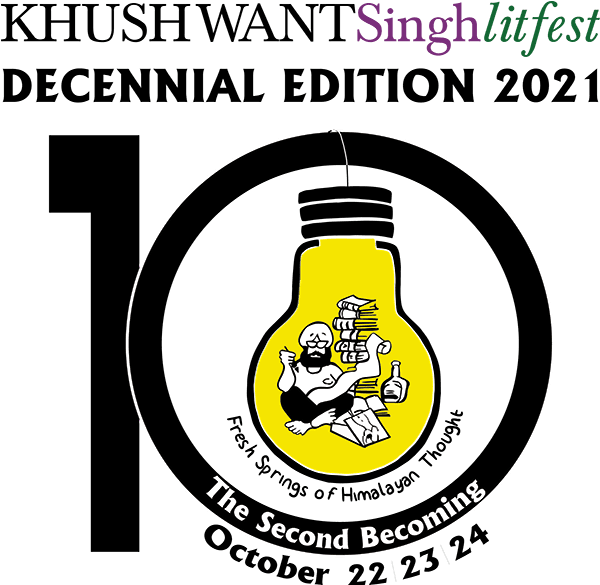 The last few literary works of the legendry writer were, `The Sunset Club’, `The Good, the Bad and The Ridiculous’ and `The Maharaja in Denims’, after which the writer’s pen fell silent & lifeless forever & stopped churning masterpieces, one after the other, which were eagerly awaited by his avid readers throughout India & abroad. A void was left behind, impossible to get filled in the coming few decades. The inverted light bulb was tirelessly feeding the hungry readers, who were ever-ready to devour one article after the other. Their hunger was insatiable & was all, for the stuff their beloved writer chose to feed them with. Whatever, the celebrated Sikh, enclosed in the `inverted light bulb’, accompanied by his famous SCOTCH PEG and PEN wrote, sold. Whatever was written about him also got sold. His writings shall continue to titillate & inspire the coming generations as well, who shall not be as lucky as ours, who could grab his works, the moment they were created, read his columns on a week to week basis. The evergreen classics, Train to Pakistan, I shall not hear the Nightingale, Delhi-a novel, among others, has inspired numerous budding writers to start playing with words & entertain their readers.  The weekly column,    `With Malice towards One and All’ as also his others of the like, carried in numerous dailies, spared none & often led to embarrassing moments, for the persons talked about. These columns were eagerly looked forward to by the reader’s community across India & the issues `raised’ or `discussed’ used to figure prominently in the discussions at homes, in the offices, in educational institutions & shops. His pen had the power to enlighten & entertain in the same stroke.

If there is anyone who has been around, seen it all and lived life to the hilt, It has to be KHUSHWANT SINGH, whom we lost on 20th March 2014, just eleven months short of completing an eventful & glorious century, on 2nd February 2015. India’s most popular columnist and prolific writer has over the years, enlightened & outraged in equal measures, and enriched our lives with his humor, his honesty, his sharp insights and observations. He was as outspoken, as he was supportive of the causes, for which ordinary mortals were reluctant to come forward.

Such was the charisma of his PEN, that whenever he went abroad or to his beloved kasauli, on short vacations or to the other Indian cities to attend some events, his readers had tough & anxious time, to cope with the temporary vacuum created by his absence. Luckily for the readers, his breaks never lasted long enough. He was `all for his readers’ once again on resuming his writing & fed them with still more of his juicy and witty coverage of the first hand encounters in India & abroad. The Urdu quotes & couplets together with their English translations, as also the jokes contributed by his readers, made the day of his admirers, and are remembered well till date, by the old timers. He was truly a `writer of the masses.’ He had a special bonding with the flora & fauna of Delhi & its surroundings, about which he liberally shared with his readers. The well known books, Train to Pakistan, I shall not hear the Nightingale, DELHI-a novel and the rest of them are still utterly readable & are really a book lover’s delight. Even the younger generation can greatly benefit from his writings & books which have not lost the Charm that was originally associated with them.

His numerous articles & columns carried by the publications & dailies in practically all Indian languages were great circulation boosters & these publications appeared dull & drab without them. His readers profile was vast & unimaginable, consisting, of students, teachers, office & business Wallahs, bureaucrats, politicians, film stars, shopkeepers, barbers, tailors, carpenters & whathaveyou. His columns & writings were enjoyed equally by all age groups, which speak volumes of his huge popularity & adorability in addition to his versatility. He continued writing well into his nineties & had a unique writing style, which was understood easily & appreciated by even the not so elite class.

He held a daily durbar at his house, E-49, Sujan Singh Park, New Delhi in the evenings, from seven to eight, where the budding writers and journalists could converge by appointment & seek the divine inspiration & guidance from the Irreverent , Ribald & Mesmerizing Sardar. He was occasionally & fondly surrounded by the gorgeous & affluent ladies of Delhi, who could secure an appointment with ease. The darbar lasted strictly for an hour, till the clock struck eight, after which the King would promptly retreat for his famous PEG OF SINGLE MALT SCOTCH WHISKY, while the subjects dispersed with gratitude.

We all wish him a very happy 100th birthday, up there in the `august company’, albeit posthumously. We shall not stop missing his simple, un-imitable, unparalleled yet powerful persona, together with his MIGHTY PEN.  His writings shall be there for posterity to relish, enlighten, inspire and enjoy. Age would not retire him, but death could, in the end. His physical presence amidst us shall not be there again.`Oh GOD’, please send him back to us for one more term, in a different avatar, if you wish. We have not yet had our fill.

PS: sorry for the unintentional omission of the word `fan’ from the heading.